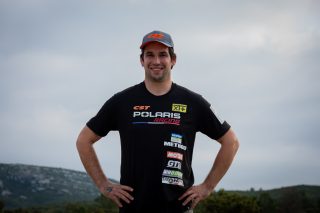 The CST-Polaris France Xtreme+ team is pleased to welcome a new pilot to its Dakar Rally line-up; French professional rider, Jérémie Warnia. Warnia will represent the team for Dakar 2021 under the name of CST-Polaris France at the wheel of the new Polaris RZR Pro XP, prepared by Xtreme+.

Originally from Gassin, France, Jérémie Warnia is a celebrated ATV athlete and professional rider: Two-time USA ATV champion, two-time European ATV champion, ten-time French ATV champion and countless other victories under his belt. Immersed into the world of motorsports from a very young age, Jérémie starting karting at just eleven years old and developed his ATV riding skills alongside his father who participates in the Andros Trophy and Autocross Championship.

“We are very happy to have such a talented rider join the team for next Dakar 2021,” said Xtreme+ Team Manager, Marco Piana. “Jérémie has a lot of experience at similar events, and that’s clear from the testing he’s been doing with the RZR Pro XP. For Dakar 2021 we’ve got the new, powerful and agile Pro XP, plus some of the best SXS pilots in the world, so we’re sure the team can achieve excellent results going into our tenth Dakar – we’re hoping for another gold medal to add to the six we already have!”

There are five more crews joining Warnia and his co-pilot Steven Grenier in the Xtreme+ line-up next Dakar 2021: SXS T3 Dakar winner in 2016, Italian Michele Cinotto and co-pilot Fulvio Zini. Sebastian Guayasamin from Ecuador – who has previously completed six Dakar Rallies in the car category – with co-pilot Adrian Torlaschi Ricardo from Argentina. Italian rookie Ferdinando Brachetti Peretti is taking on the Dakar for the first time, with his experienced Spanish co-pilot Rafael Tornabell Cordoba. British driver Graham Knight with David Watson as co-pilot, are attending Dakar for their second time after excellent results in the Silkway Rally 2019. Completing the team is British Rookie driver Liam Griffin coming from the professional LMS Championship, along with experimented co-pilot Stephane Duplé.

“We are a truly international team,” Piana continued. “Our Xtreme+ family is made up of really talented drivers from many different countries across the world. We’re really proud of the team we’ve built and our drivers who get to live their dream of competing at the Dakar.”

Six different nationalities, 16 years of Xtreme+, and 20 years of Dakar experience from Team Manager Marco Piana. Less than one month to go until the team take on its tenth Dakar Rally with Polaris RZR.

To stay up to date in the preparation for Dakar, follow the Polaris Xtreme+ team on Facebook.